A formation of many beautiful stone layers has recently been discovered at Ghenh Da Dia in the central coastal province of Phu Yen. 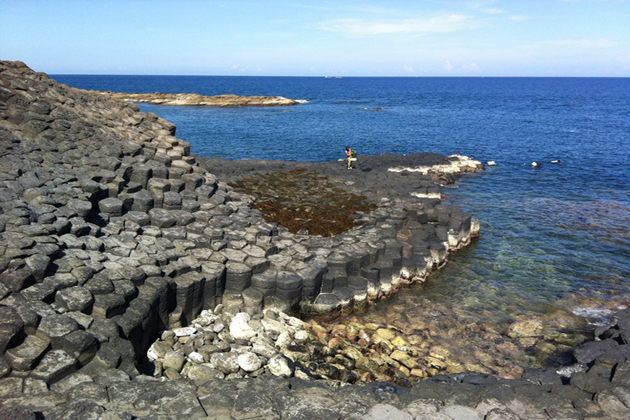 Scientists described this site as a masterpiece in stone gifted by nature. The local people have recently asked for permission from the Ministry of Culture, Sports, and Tourism to make the newly-found site a tourist attraction.

Found in July 2018, the over 500 square area is located near the access path to the existing Ghenh Da Dia (The Cliff of Stone Plates), recognized as a national heritage site. The site is made up of square, hexagonal, and circular columns which overlap each other.

Mr. Trinh Trong Dao, one of the construction workers hired to remove the soil layer at the site, said: “When the soil is removed, stones are exposed. Those who are curious about this area should come here to behold their beauty and take pictures as well as record video footage”.

Ghenh Da Dia is a must-visit destination for travelers when traveling to the central province of Phu Yen. The site has already attracted many visitors with its collection of interlocking basalt column in a wide variety of different shapes and sizes. The basalt cliffs are the result of ancient volcanic eruptions. As the molten basalt flows met the cool water, they hardened and formed these rare polygonal columns.

“This new site looks like a mountain slope embracing the rocks in the sea. I think it should be turned into a natural scenery with mountains and sea”, said Nguyen Hai Da – a visitor from Danang city.

The Department of Culture, Sports, and Tourism for Phu Yen province has been permitted to work with scientists to survey and remove the surface layer to reveal rock blocks, making it a new attractive destination for the Ghenh Da Dia hotspot.

Along with the removal of the soil on the surface to reveal the rocks, the Department of Culture, Sports, and Tourism of Phu Yen province will plan the whole area to apply for adjustments to the attraction in accordance with the Vietnamese Heritage Law.

Ghenh Da Dia is about 50 meters wide and stretches over 2,000 meters long. The average visible height of each column is 60 cm – 80 cm, including a cross-section of 20 cm – 30 cm. There are an estimated 35.000 rock columns standing close together as if they were placed systematically. 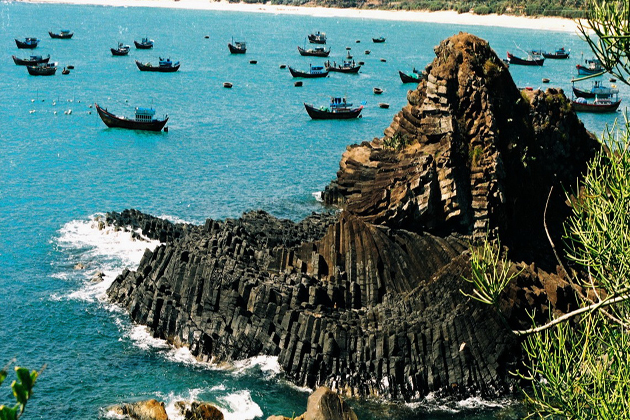 Ghenh Da Dia is actually a freshwater pond which is surrounded by rock columns. Visitors will be able to sit on one of the distinct rock columns to relax and breathe in the fresh sea air.