The city administration of Can Tho hopes to complete work to upgrade the Cai Rang floating market by next year. The project, which began in 2016, is restoring and upgrading the market to meet the requirements of vendors and attracts more tourists. 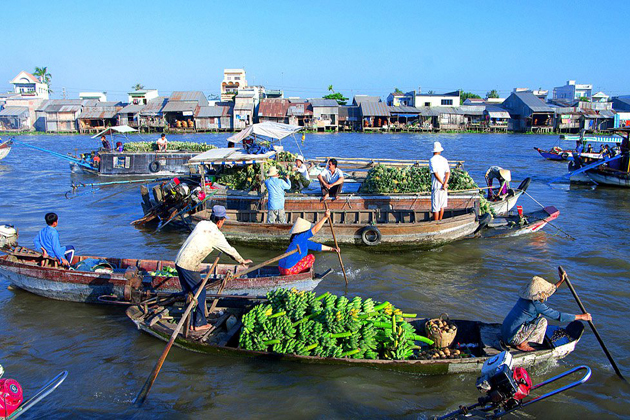 “The province is looking for investors to set up a stop station and operate tourist boats, floating restaurants and stalls at a total cost of VND 50 billion (the US $2.2 million)”, said Mr. Vuong Cong Khanh, the vice chairman of the People’s Committee in Cai Rang District.

The district has recently spent VND 248 billion ($10.66 million) on rearranging the mooring system for boats, installing lights in the market and building public restrooms for tourists.

Mr. Khanh states that the project is necessary for maintaining and developing the market as the city’s most popular destination. He adds it would also help raise awareness among sellers and local residents of environmental protection, food hygiene and safety, and security.

The city will launch a variety of tours to meet the tourist’s demand such as tours connecting the floating market with other tourist attractions like Con Son islet, which is located in the Hau River, a tributary of the Mekong. The 67 ha islet attracts visitors by its tranquil setting, fresh air, fruit orchards, floating houses, and delicious traditional southern cakes.

The city Department of Culture, Sports and Tourism indicate that Can Tho received 300,000 visitors in the first seven months of this year, including 35,500 foreigners, of which 146,000 visited the floating market.

Apart from colorful fruits and vegetables which are taken to sell from the city, tourists can easily find some unique farm products from neighboring provinces. The region’s foods, cuisine, and handicraft products are also brought to the market. 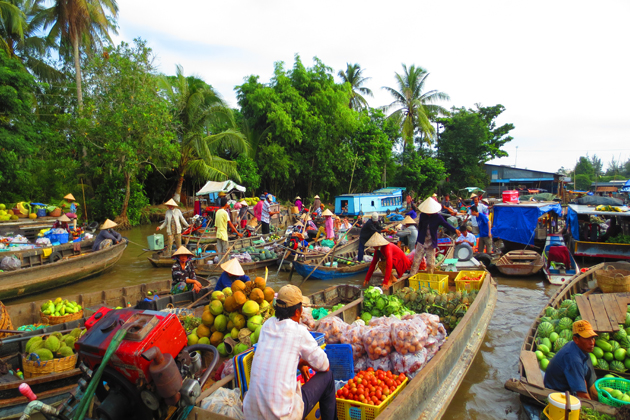 Today, even if the road traffic network has significantly developed, Cai Rang floating market keeps growing and brings value to the local people of the country and area in terms of economy, culture, and tourism.