All the preparations for the 2018 Gong Cultural Festival (November 9th – 11th) in Gia Lai, a province in Central Highlands, has been basically completed.

Mr. Phan Xuan Vu, Director of the Gia Lai Department of Culture, Sport and Tourism, said the Provincial Culture, Sport and Tourism Sector has good preparation for the event. In recent years, the provincial education sector has implemented a training programme and extracurricular activities on the use of gongs in all local boarding schools with the aim of maintaining and promoting the value of the gong culture. 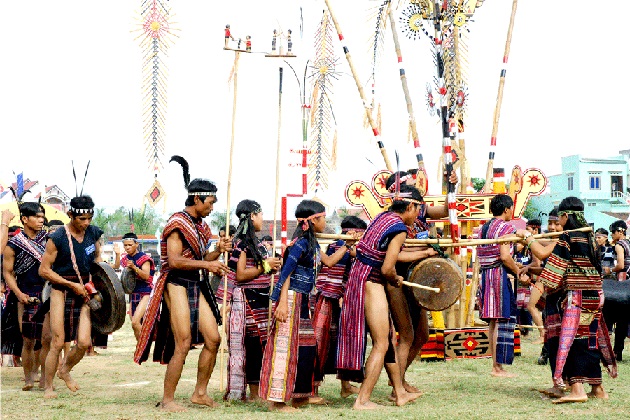 Gongs are not only a cultural activity, but also a great spiritual meaning for ethnic groups in the Central Highlands. The preservation of gong culture must be implemented from the smallest villages. To promote the preservation and promotion of cultural values of gongs, Gia Lai province regularly organizes festivals of gongs from the grassroots to provincial levels in order to find outstanding artists to attend this year’s event.

According to Mr. Vu, in term of gongs culture preservation, it is vital to conserve all long-established cultural values of ethnic minorities in the Central Highlands.

Themed gong and folk festival of Central Highlands, the festival is expected to welcome between 25,000 and 30,000 tourists along with 300 invited guests from ministries, sectors and UNESCO Vietnam, foreign embassies and consulate generals in Vietnam. Especially, more than 1,200 artisans and amateur artists from five Central Highlands provinces will participate in the festival.

Various activities will be jointly organized by the cooperation of five Central Highlands provinces including Dak Lak, Dak Nong, Gia Lai, Kon Tum, and Lam Dong. It will be the street festival featuring gong performances, the re-enactment of some traditional rituals and festivals of 11 ethnic groups of the region such as “Feast of the First Season of the Ede group”, “Feast of the New Rice”, “Feast of the new Rong House”, etc.

During the festival, the art of wood sculpture and brocade weaving will also be introduced, along with the seminars on the conservation of gong cultural values and exhibitions on ethnic costumes and gong culture.

As a part of the event, Gia Lai province also will organize the wild sunflower – Chu Dang Ya volcano festival from November 10th – 13th with various cultural activities. Visitors will have a chance to enjoy the yellow color of thư wildflowers – a symbol of the strength of ethnic people in the Central Highlands.

Besides, the province will also launch the National Gate at the Le Thanh International Border gate, in Duc Co district, on November 9th; holding a street coffee programme from November 8th to 11th on main streets in Pleiku city, a cuisine programme featured by specialties of the Central Highlands and regions along Vietnam in the 9th – 11th of November.

The 2018 Gong Cultural festival is to honor the Cultural Space of Gong of Tay Nguyen in line with an action plan to preserve and promote the gong cultural heritage in the province operated by the Ministry of Culture, Sports and Tourism. 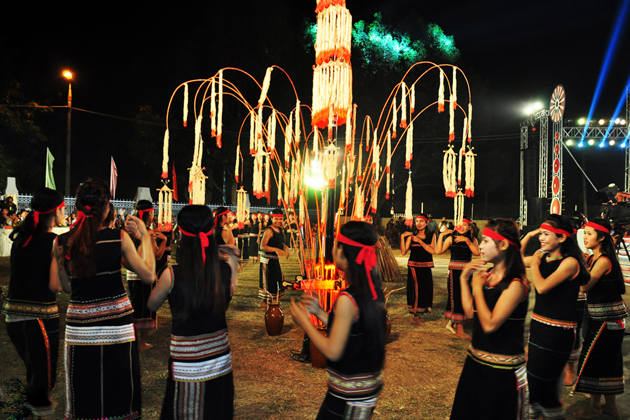 The Cultural Space of Gong of Central Highlands, recognized by the UNESCO as a masterpiece of the oral and intangible heritage of humanity in 2005, is closely linked to the daily life of local people. Their belief has formed a mystical world where the gongs produce a privileged language between men, divinities and the supernatural world.

The Gong Cultural Festival is an important cultural activity aimed at preserving and restoring the cultural values of gongs of the ethnic groups in the Central Highlands. This is also a chance to promote the image of Gia Lai, expand opportunities to receive investment and development globally. At the same time, it contributes to propagate and mobilize ethnic minorities to preserve and promote the cultural and traditional identities of the Vietnamese ethnic groups.