Before an Indochina tour, there is a necessity to learn about the currencies of Vietnam, Laos and Cambodia because the local people normally use their own currencies for daily commercial transactions and you may suffer the unequal exchange rate if you use your national currency to buy something.

Vietnamese Dong (VND) or dong (đ), issued by the State Bank of Vietnam, has been the Vietnamese currency since May 3rd, 1978. In the past, the people used two kinds of currencies: coins and paper money, but nowadays, only paper money is legally used as the national currency. There are total 10 denominations: VND 500, VND 1,000, VND 2,000, VND 5,000, VND 10,000, VND 20,000, VND 50,000, VND 100,000, VND 200,000, VND 500,000 (VND 500 is less widely used than the other). In the paper, the image of Ho Chi Minh – the founder of Communist Party of Vietnam and one of the founders and leaders of Vietnam’s revolution for independence and territorial integrity in the twentieth century; who are called the Big Father of the nation – was honorably printed to show the gratefulness and commemoration of the whole peoples.

There are two types of materials to make the cash: cotton and polymer. The denominations of VND 500 to VND 5,000 are made from cotton while the rest are made from polymer. The reason is that the durability and anti-counterfeiting capability of the polymer money are higher than those of cotton one. However, with the higher cost, the polymer is just used to print the higher denominations.
Exchange rate: VND 10,000 = USD 0.43907 (source: exchange-rates.org)
VND 10,000 = EUR 0.37280
VND 10,000 = GBP 0.32721 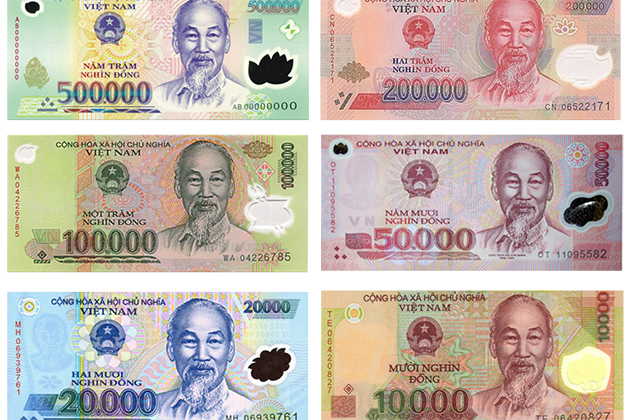 Lao Kip (LAK) or Kip (K) which has been the national currency of Laos since 1952 is issued by Bank of the Lao PDR. Similar to Vietnam, Laos also used to have to kinds of currency (coins and paper money) and now is only trading the paper one. You can also use US dollars or even a Visa Card or Master Card for shopping and paying for the airport, major hotels, hospitals. Laos tourism. However, avoid carrying too much cash because it may violate the law. 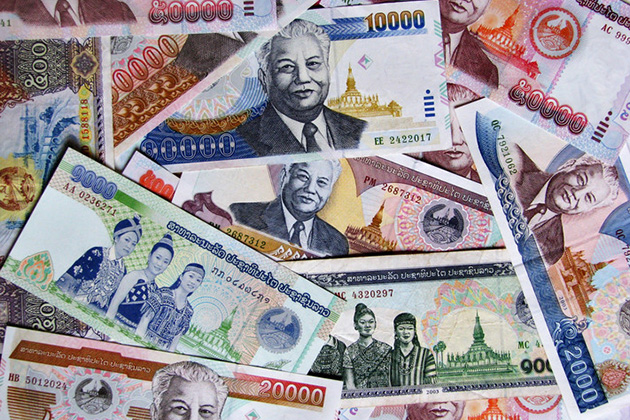 Cambodian Riel (KHR) issued by National Bank of Cambodia is the currency of Cambodia. There are two types of riel: the first one was published between 1953 and May 1975, and the second one was from April 1st, 1980. In rural areas, riel is actually used for commercial transactions. However, the US dollar is also traded, especially in urban and tourist areas. In Battambang and other areas near the Thai border, such as Pailin, Thai baht is also accepted. 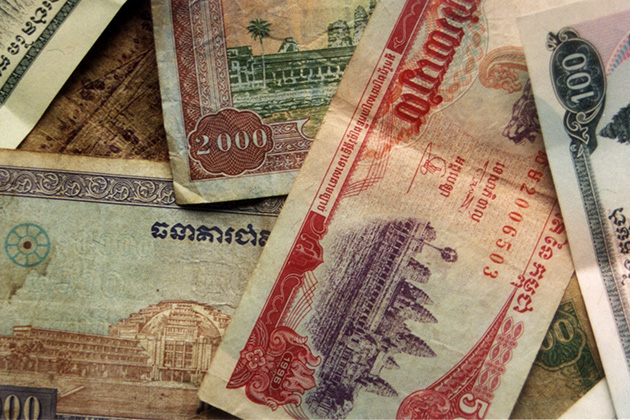