Quang Binh Province has risen to become the second most attractive destination in Vietnam, according to the prestigious Lonely Planet travel website. After successfully established itself as a “Cave Kingdom,” Quang Binh is aiming to become one of the top destinations for adventure travel in Indochina and Southeast Asia in 2020.

By the end of 2017, Quang Binh Province’s Son Doong Cave claimed the first place in the list of nine amazing caves according to Business Insider. This enormous cave also named first by Buzzfeed in their world’s top 15 destinations that adventurous people should visit once in their lifetime.
Although it takes up to US$ 3,000 for a four-day trip, conquering Son Doong is still a dream come true for global cave enthusiasts. Began with extremely limited visitors (482 in 2015, and 460 by the end of 2016), Son Doong has now help Quang Binh Province to become one of the most searched names on many travel websites in the UK, America, and Australia, etc. It seems that even after three years, the heat of this “heaven hidden deep under the earth” as Telegraph put it, has not shown signs of cooling. 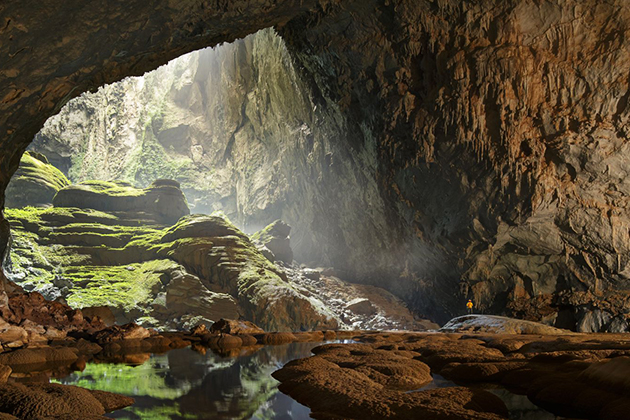 The brand establishment as a “Kingdom of Caves”

Even until this day, the number of caves hidden in the vast landscape of the World Natural Heritage – Phong Nha Ke Bang National Park remains unknown. By the year of 2005, experts have discovered hundreds of kilometers of caves. However, during a survey in early 2016, a team of specialists from the Royal Grotto Association has already found 57 new caves in Quang Binh, with a total length of nearly 30 km. It shows a high potential for developing adventure tourism. According to Ho Khanh, the first one to find Son Doong Cave, one might not be able to explore all the caves in Quang Binh even if he spends his whole life trying to do so. 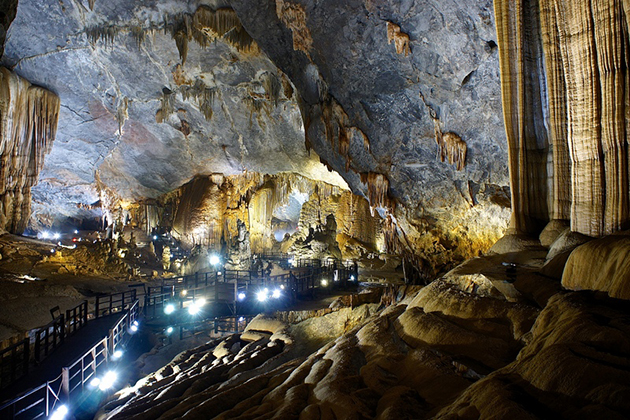 The dream of becoming a “Kingdom of Adventure Travel in Asia”

Aiming at developing adventure tourism and exploration tours, Quang Binh focuses on establishing tour packages for visitors with good economic conditions, who stay for a long time and have a high level of expenditure. As a result, despite having a modest number of visitors compared to traditional tourism, adventure tour is still a beneficial addition to the mainstream tourism model, which helps Quang Binh Province find its place among the top destinations for adventure travel in the world map.
The number of visitors is only collected within nine months per year because the remaining three months are flooding season, and the cave system is closed to balance itself. After many years of establishing itself as a destination for people looking for adventures, Quang Binh is still praised by tourists for being able to offer absolute safety. All the articles and positive feedback from tourists after they have experienced the unbeatable beauty of Quang Binh help bring the “Cave Kingdom” brand out to every potential tourism market in the world. 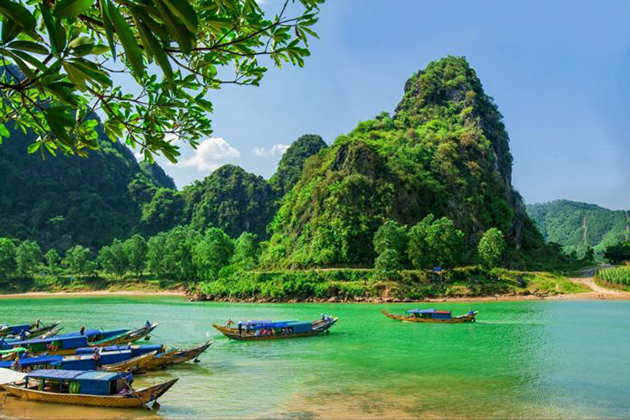 Therefore, in the conference on summarizing tourism activities in 2017, which took place on December 29, the government and people of Quang Binh has begun to dream of achieving the title “Asian Adventure Tourism Capital” by 2020. An ambitious, yet achievable dream.
When Son Doong was named “the world’s largest natural cave,” Quang Binh has successfully made a great impression on global adventure tourism enthusiasts. According to the Russian edition of National Geographic Magazine, Quang Binh can offer visitors “world-class adventure tours.” The New York Times has mentioned Son Doong in the list of “most desirable places in the world.” Global Grasshopper ranked Son Doong as “top 10 most beautiful places on the planet,” and The Huffington Post predicts the cave to be the world’s most attractive destination for the next 20 years.