Refer to Vietnamese Traditional Costumes, people often immediately think of ao dai. However, there are 54 ethnic groups in this beautiful country, and of course each one has its traditional costumes with the distinct style. Normally, the plain people in Vietnam have the tendency to wear garments with modest colors and simple patterns, whereas ethnic residents prefer colorful dresses. 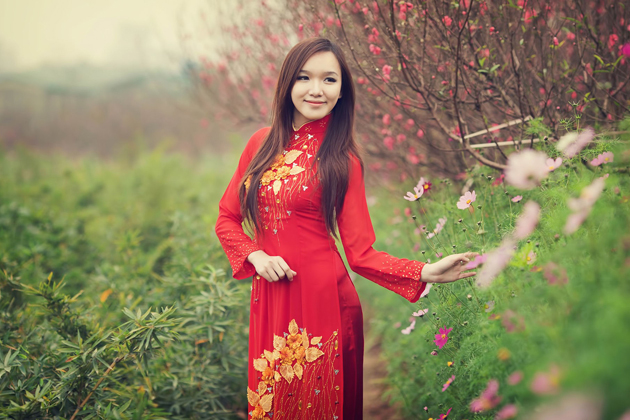 The traditional clothing of Vietnamese people is made of natural materials such as silk, cotton or hemp which is very nice, light and durable. These materials are very suitable with a country having a hot and humid weather like Vietnam, helping to protect from the unfavorable climate. Within the article, we will mention to the traditional clothing of the main group of people of Vietnam – Viet Group as well as take a glimpse on several significant costumes of some ethnic minorities.

Main Costume
The traditional costume of Viet group – the major group of people is ao dai which is worn by both ladies and gentlemen. In the past, the color of ao dai is also an important factor for them. Vietnamese people used to wear clothes according to their position in the society. For example, yellow was only for kings and royal families, red was for high-level mandarins, green and blue were for lower levels and normal people only wear clothes in black or brown.
However, today, it doesn’t matter anymore and everyone can freely choose the colors they like. Generally, women often select colors for their costumes based on the age. Young girls like white color for purity and innocence, young unmarried women prefer pastel colors for sweetening and elegance, whereas housewives appreciate garish colors for prominence and charm.
Ao dai is a tight-fitting long tunic silk dress over loosen pants that there are high slits on the either sides. Sometimes, old women like to wear it along with a colonial hat. Ao dai has a huge meaning for Vietnamese people, especially Vietnamese women. It enhances the charm, the grace and the beauty of women. 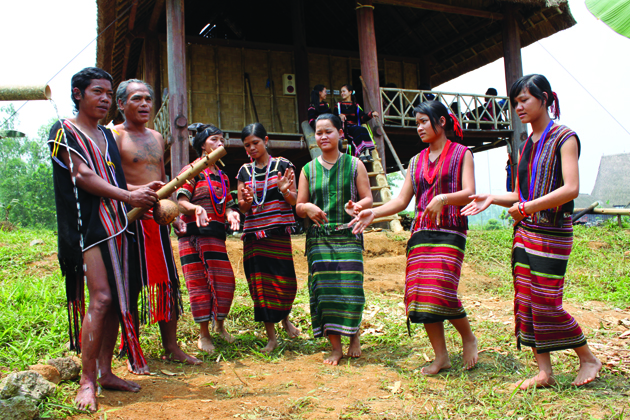 Over time, the traditional ao dai has changed a lot. It is designed and modernized to look more fashionable. Ao dai, now, is very diverse in materials, colors and styles. Some have V-shaped collars, some are embroidered garishly…creating a younger and fresher look.

Ethnic Costumes
In remote regions, each ethnic minority has a distinct style in traditional clothing. In particular, experiencing a very long time, they still maintain their own characteristics, their costumes almost don’t change. The clothes are often colorful brocades that 100% made by skillful hands of mountainous graceful girls. The patterns bring sharply the beauty of cloudy highlands that are inspired from wild nature. Also, these clothes are thick to protect people from the bitter cold. 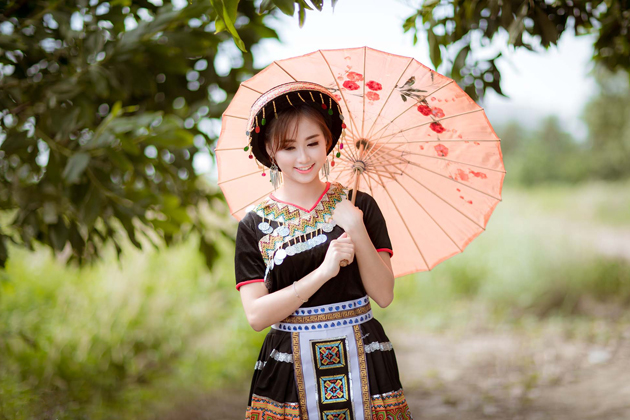 Among them, the most beautiful ethnic clothes may be costumes of Thai group and Mong group.
The traditional costume of Mong women is embroidered extremely colorful. It includes a pleated truncated cone skirt, tight in butt, broad below. They wear jewelries made of silver, aluminum, copper … with decorations of vivid folk motifs.
On the other hand, Thai costume is acclaimed by the simple, graceful and exquisite, elegant. A Thai traditional costume consists of a shirt, a skirt, belt, a scarf, a hat and many kinds of earrings, necklaces, bracelets…